Well it had to happen once in thirty years!  Snow fell at Ventnor Botanic Garden on the 7th March 2013.  The whole of the UK was snowed in with drifts as the cold air blew in from the south east. 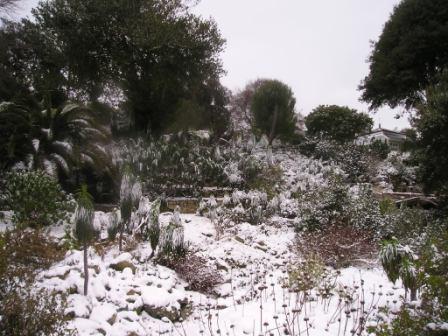 The lowest temperature we recorded here was -1ºC, so in fact this has been a mild winter compared to the series of bad winters since 2009.  Fortunately none have been anywhere near as bad as the February of 1986 when the Garden was all but destroyed with an extended period of sub zero temperatures. 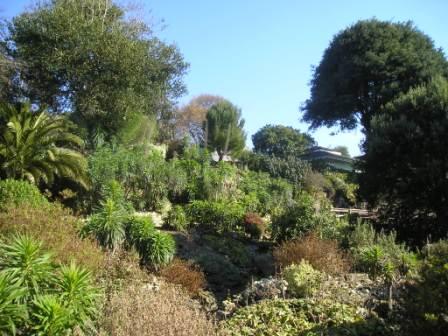 As you can see, above, the Garden was largely unaffected by the brief cold and we are looking forward to a warm spring ahead.