The Wall Lizards, Podarcis muralis, are a frequently seen and popular part of the Undercliff ecology.  Research by the University of Oxford using the mitochondria of the animals has discovered that this long-standing population originates from Italy. Debate persists as to whether this is the northernmost limit of their natural range or whether they represent captive animals that have escaped or been introduced and then naturalised.

The Ventnor Botanic Garden lizards are usually heard before they are seen, scuttling through the leaf litter in the Mediterranean Garden.  On sunny days they bask in the sunshine or hunt insect prey on the south-facing slopes, especially in the Arid Garden.

Grab yourself a Lizard Safari Trail Leaflet when you visit the garden and see how many lizards you can find! 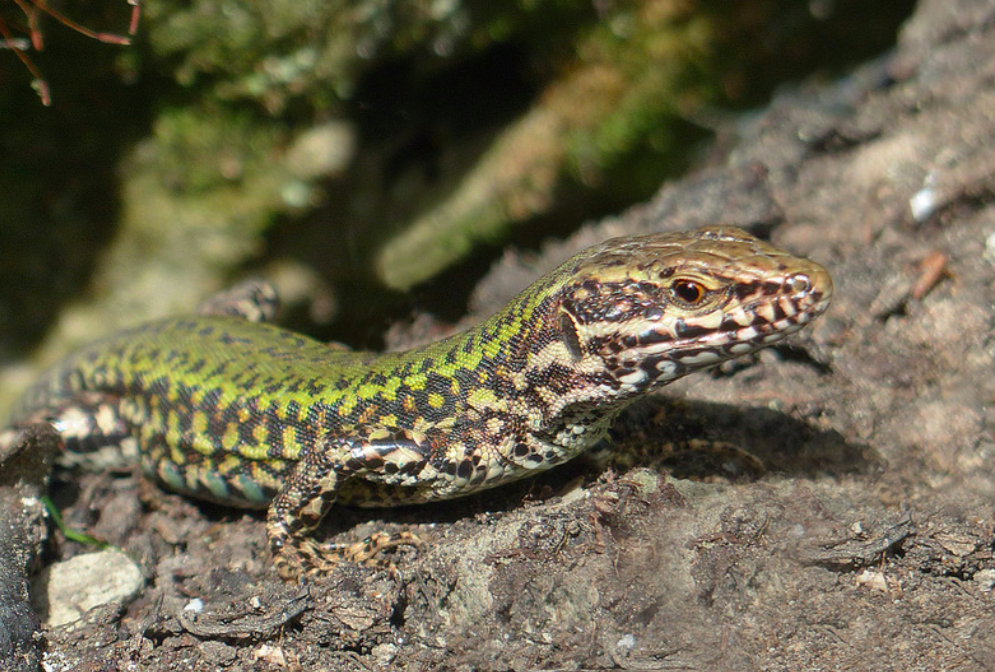 Predators and other threats

The Wall Lizard has a wide range of predators. These include a variety of birds such as Kestrels, snakes, domestic cats, arachnids and a range of mammalian species. Brown rats will also predate upon Wall Lizard eggs.

The Wall Lizard is classified as ‘least concern’ by the IUCN as it has a tolerance to a wide extent of habitats and a wide distribution throughout its native range. It is however protected by legislation throughout much of its native range and is listed under Appendix II of the Bern Convention and appendix IV of the European Union Habitats Directive. Within its natural distribution range, the Wall Lizard faces pressure from tourism development of its preferred habitat and loss of habitat through agricultural intensification. The use of pesticides is also harmful, in addition to the introduction of non-native subspecies to localized populations.