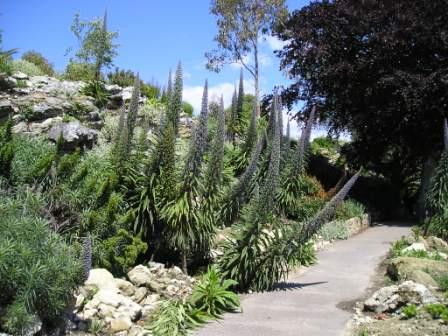 Some years are called Echium Years at VBG, these are when we get an unusually large number of Echium pininana in flower simultaneously. We’ve not had a good Echium Year for a while due to the dreadful winters of 2009-2011. I’m told that chances of the three in a row we’ve had were 1 in 64 000, so looking forward to a good show in 2012. There are hundreds ready to go in the Mediterranean: 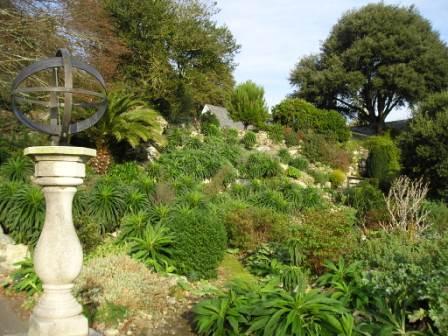 I’ll do a comparison picture in May. Meanwhile a recent introduction, Echium bethencourtianum, an endemic of Las Palma, is flowering in late November 2011 and is covered in bees: 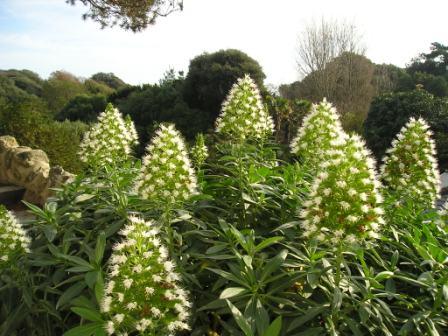