2013 has been an early year for Acacia at VBG, in fact the Cootamundra Wattle, Acacia baileyana,(below) has been open since the last week of December 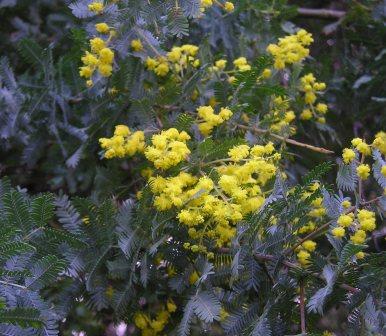 This specimen (above) is from a ten year old plant seed raised from our own seed.  This was collected from a Hillier plant which had grown at VBG for many years and successfully seeded following the very mild winter of 2001 .  The attractive glaucous greeny blue feathery foliage is clear to see.

Below is a far superior specimen of Acacia baileyana “Purpurea”.  This plant was raised from seed imported from a commercial supplier based in New Zealand in the same year.  From this batch of over a hundred seedlings we selected the five with the best colour, one became the late lamented dwarf specimen from the Top Lawn which was damaged in high winds in 2008 and lost as a result.  The remaining four are in the Australian Garden where one particularly has become a very good specimen.  Compare the foliage colour: 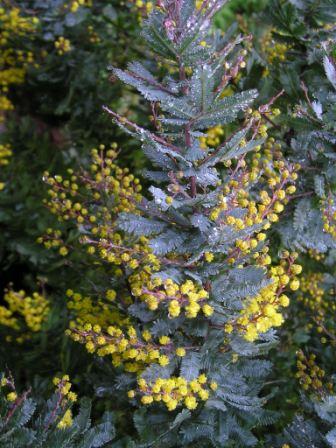