A Cycad (Cycas revoluta) has produced a male cone at Ventnor Botanic Garden. This is the second time this has happened out of doors in the UK, the first was at VBG in 2012. Cycads are primitive plants that dominated the Earth’s flora from a period some 280 million years ago until the evolution of flowering plants. During their reign, the Earth’s climate had naturally high levels of CO2. The climate of the Earth today, with artificially raised CO2 resultant from fossil fuel emissions, may have influenced the cone production. Interestingly, back in time Cycads lived in the area that was to become the Isle of Wight, fossil Cycads have been found in the cliffs along the West Wight coast. Therefore Cycads have been on holiday away from the area for 120 million years.

This can be seen as further evidence from the plant kingdom of climate change in action. Certainly this sort of plant could formerly not be considered hardy in the UK; the recent heatwave has contributed to the individual cone growth.

Sadly, the VBG Cycad will not bear seeds, a female cone would be required and as yet our other Cycads have no sign of one being produced.

Click here to see coverage of this story by IW Radio.

*UPDATE* Shortly following this unique event, we now have signs of a female cone appearing on one of our other Cycas revoluta Cycads. This is the first female cone out of doors in the UK, and the first time we, or anyone else, has had both male and female cones – let alone at the same time. This presents us with an exciting opportunity to transfer pollen and generate seeds for the first time in the UK for 60 million years. 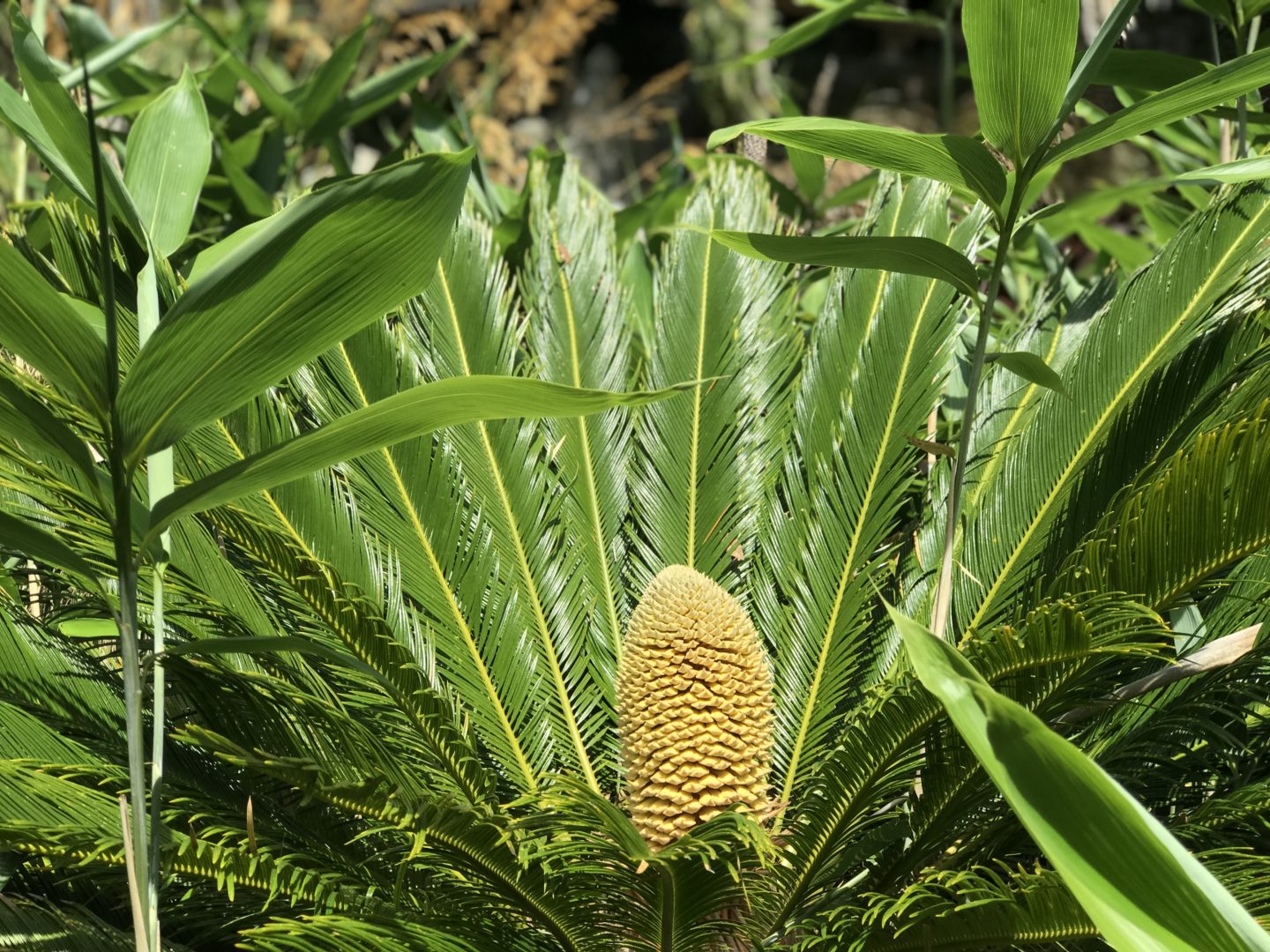