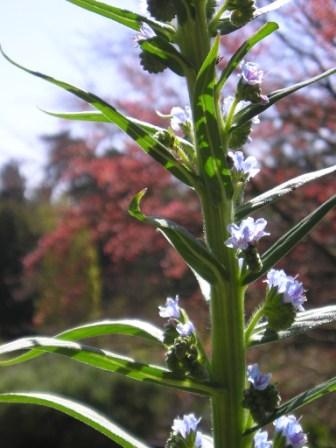 The “great opening” of the 2015 Echium pininana parade has begun.  The picture above shows the very first dozen or so individual flowers opening on a single spike in our Mediterranean Garden.  Each flower spike of these iconic plants, native to the canaries but naturalised here at VBG, will host perhaps 100, 000 individuals flowers, so with over 1000 Echium about to open, excpect a million blooms at Ventnor Botanic garden this year.

For 2015 we have planted several hundred on the south fcaing bank above the road to the garden, these are twoering up in excess of 3m now. When open, these monsters are enormously popular with bees as an early, rich source of nectar. 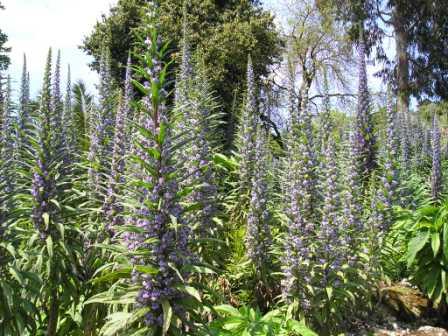 below, a “first year” Echium pininana, prior to flower spike 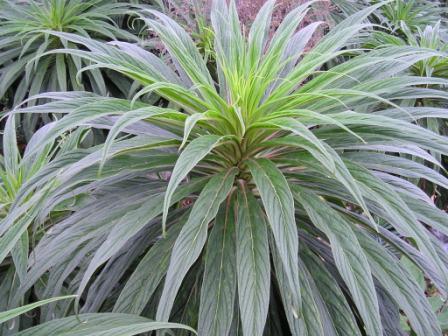 The oncoming parade of Echium pininana, images below from 2014 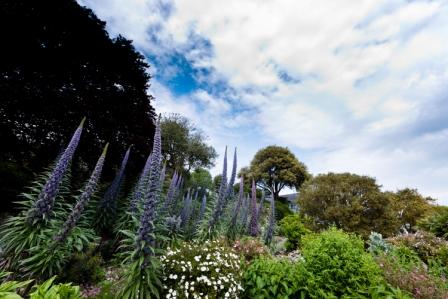 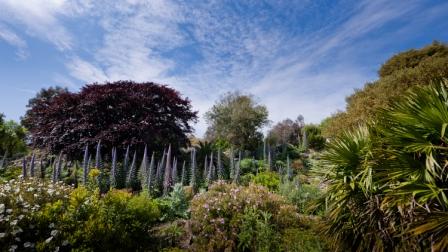 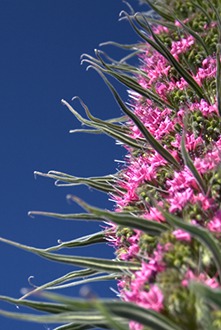