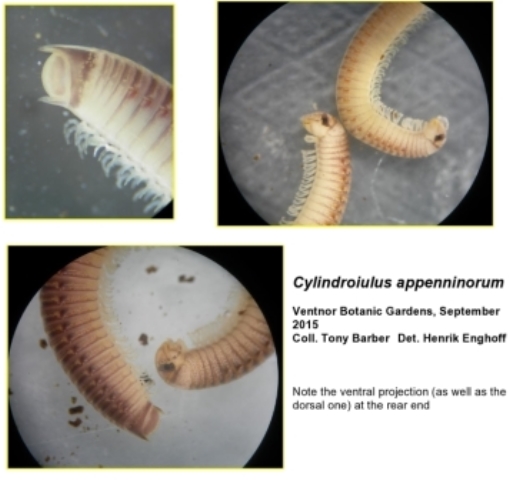 A visiting scientist, Tony Barber from the British Myriapod & Isopod Group, has discovered a millipede at Ventnor Botanic Garden, usually only found in Italy. This is the first definitive record from the British Isles. Quite how this creature arrived on the Isle of Wight isn’t clear, though Barber also found other species here only previously found at the Royal Botanic Gardens, Kew, with whom this garden has shared plant material for many years.  The fact that this new species has been found here may be further evidence to support the impact of increased climate change, the microclimate of the Undercliff at Ventnor being already well established as able to support plants, insects and fungi usually found in warmer regions of the world.