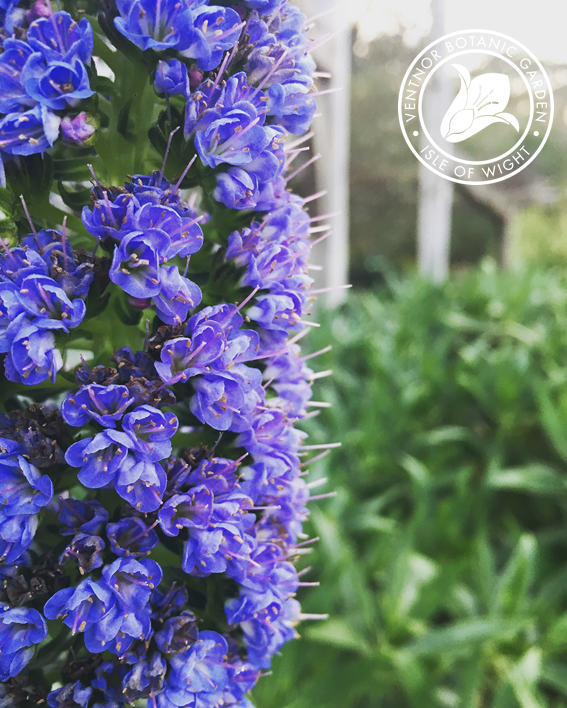 The firework display of giant Echiums is one of the best known and loved features of Ventnor Botanic Garden. They all come from the laurel forests on the Canary Isles and Madeira but look carefully at them and you will see that they are not all the same. The one most often seen in gardens is Echium pininana , originally from La Palma. It produces a single tall flowering stem in its second or third year bearing mauve flowers and then dies, seeding copiously. Others are perennial and produce woody, branched stems giving rise to a mound of foliage and tight spikes of bright blue flowers. Echium candicans from Madeira, where it is known as the Pride of Madeira, is one of those. Other species are also grown here and, unfortunately, they cross with one another freely producing a whole range of perplexing hybrids. One species which is very distinctive is the true blue Echium gentianoides from La Palma, which has large sky-blue flowers and smooth, grey-green leaves.