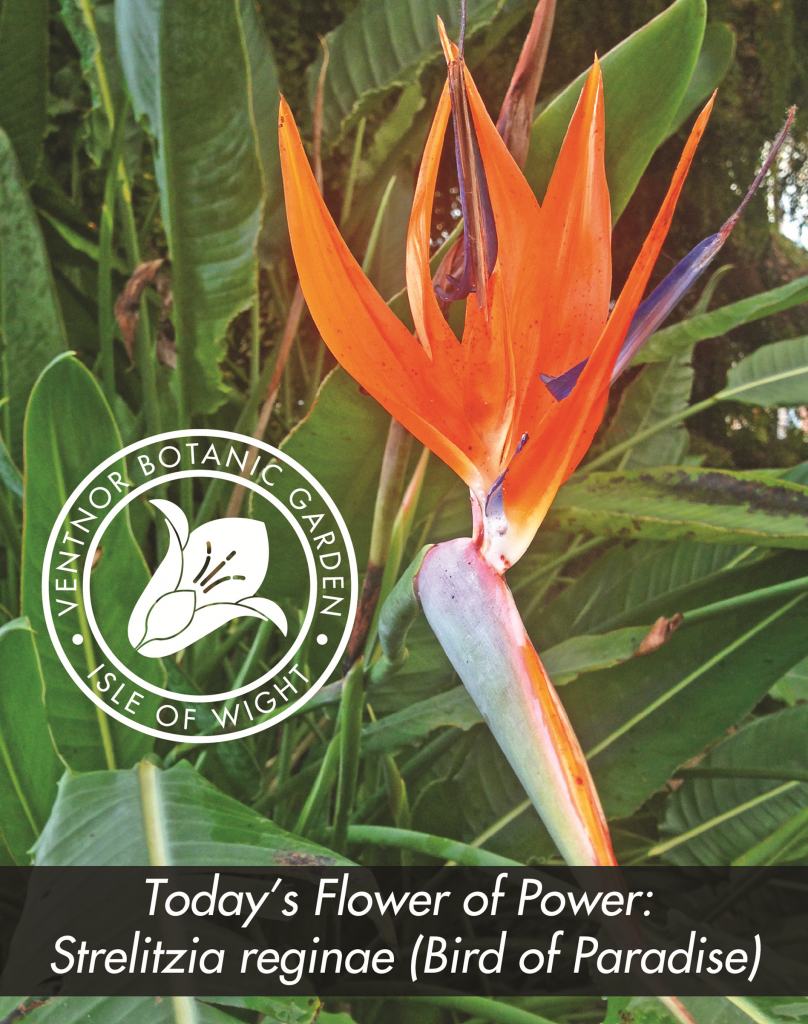 Strelitzia reginae, the Bird of Paradise plant, is a spectacular plant with a striking resemblance to the head of a tropical bird. It was introduced into Great Britain from it’s native South Africa in 1773, where it was cultivated under glass at the Royal Botanic Garden in Kew.

It was named by Sir Joseph Banks in honour of Queen Charlotte of Mecklenburg-Strelitz, wife of King George III. This was a politically astute move by Banks in   order to continue the rich patronage of the Royal family to Kew, of which he was director. By naming what was widely perceived as the most striking flower of the African continent after his patron, Banks succeeded in his aim and Kew continued to flourish under Royal approval.

Find the stunning Bird of Paradise plant blooming in the VBG Tropical House this week.