Luke Gunner, Garden Team Leader at Ventnor Botanic Garden, has been accepted on the prestigious Kew Diploma course at the Royal Botanic Gardens, Kew.  The diploma attracts applications from hundreds of prospective students annually for only 15 places. 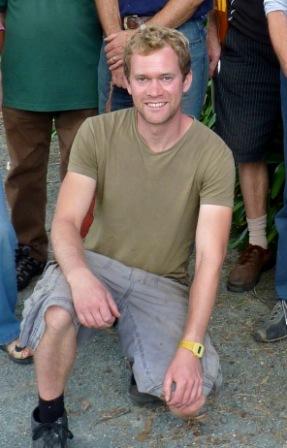 Luke, 26, has been at VBG since 2012, originally as an intern on the VBG Scholarship, latterly as Garden Team Leader, having trained previously at the Sir Harold Hillier Arboretum on a one year traineeship under the auspices of the Historic and Botanic Garden Bursary scheme.

The Kew diploma is a three year full time course combining degree level academic study, coursework and practical placement within the many gardens of Kew.  The diploma is widely seen as the highest qualification for botanic horticulturists and was the starting point for many careers, including sometime island resident Alan Titchmarsh.

Both previous Curators at VBG, Simon Goodenough now Curator of the National Botanic Garden of Wales and Chris Kidd were ex-diploma graduates.