A rare Buddleja cordata from Mexico has staked its claim on our Arid Garden and is filling the top of VBG with exotic scent.  This is one of the largest Buddleja and in its native land is capable of attaining heights in excess of 80 feet (25m) according to its collector, Nick Macer, proprietor of Pan Global Plants.  We introduced this to the collections in March 2009 with some trepidation of how it may survive the winter.  The specimen shook off the cold of 2009/10 and we transplanted it later that year after a heavy prune.  It first flowered in 2010, again in 2011 and is now fully laden; a scented flowering shrub being a valuable asset in late November.  The picture below shows Jason Melia being partially consumed by the youngster.  Clearly this plant is proving to be perfectly safe in our microclimate so we need to propagate it and move it somewhere we can allow an eighty foot shrub to survive…. 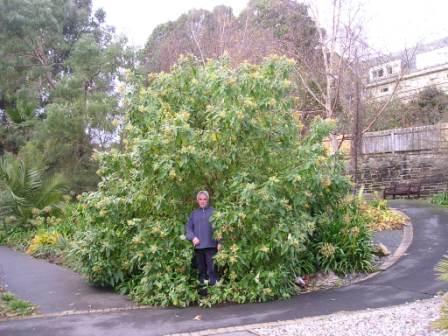 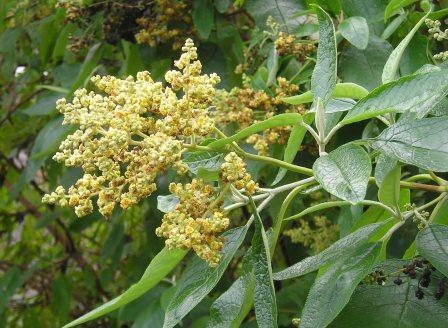