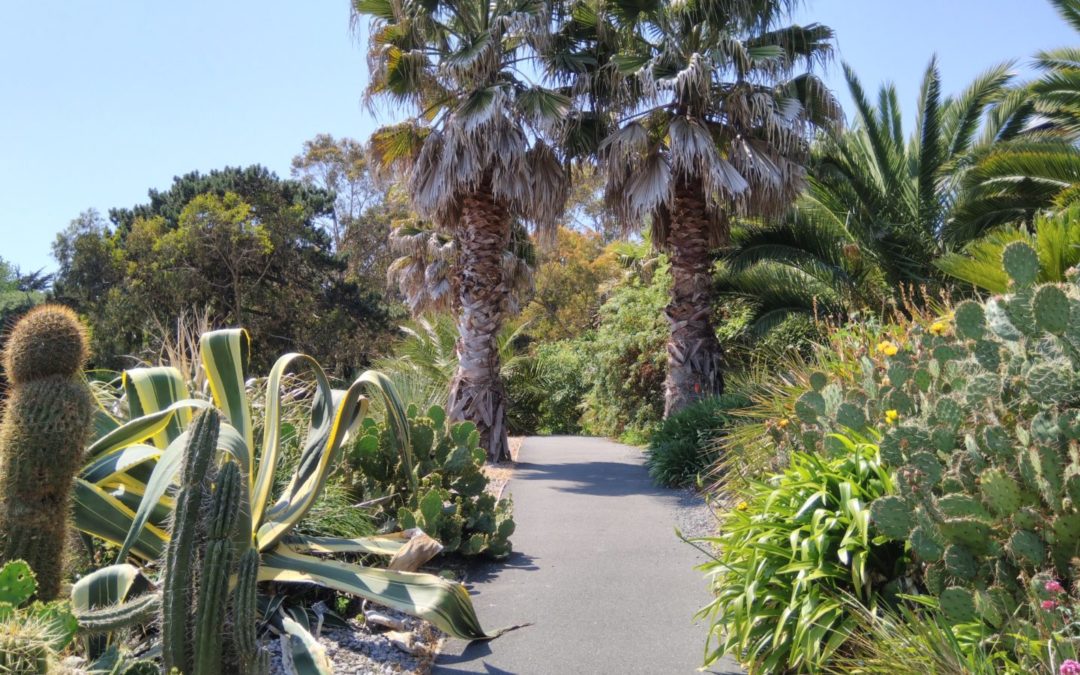 We are proud to announce that we have been certified with another National Plant Collection status from Plant Heritage, this time for our Arecaceae (hardy & half-hardy). Garden Curator, Chris Kidd, gives some insight and information on our new collection.

The hardy/half hardy collection of Arecaceae at Ventnor Botanic Garden has grown and developed over a long period of time. The oldest palms in the UK, Trachycarpus fortunei, are held here and represent the limit of possibility for the family out of doors in the UK in the late 19th century. As climate change from human industry has occurred the range of Arecaceae has increased, and the appetite for trials has grown at this garden. Having gone through a phase of testing beginning in 2000, and most taxa having dealt with winters beyond the usual minimums in 2009 -2012, the collection is representative of both fully hardy and half hardy palms at the turn of the 21st century. Indeed, in 2005 a new Palm Garden for the 21st Century was created, with avenues of Jubaea chilensis, with a maturity horizon of 50 – 100 years, within an avenue of Washingtonia robusta leading to a focus seedling (now 3m) of the Jubaea chilensis (formerly the largest indoor palm in the world) from the Temperate House at Kew. From these plantings are specimens which are already registered with the Tree Register as regional Champions.

The direction of travel for this garden is enshrined in our ethos. Our focus is to test the limits of hardiness for the existing collections and to bring in new accessions. A particular focus has been for the genus Puya, where we cultivate representatives of all the known authentic accessions of Puya in Europe. This focus is now particularly shifted onto the Arecaceae to reach the same extent of authenticity. There will be scope in future to study these collections for responses to the climate emergency; a simple comparison of what has been grown here since 1972 shows a dramatic increase in half hardy taxa being successful, backed up with empirical data from weather stations on site in unbroken chain since the 1880s. The possibilities of what could grow here in the future are tantalising, perhaps scandalous. One wonders the nature, scope and composition of a Palm Garden in the 22nd century. What is certain is that it will be found at Ventnor Botanic Garden.