The following is a direct response from Ventnor Botanic Garden to a recent VBGFS Article in the local press.

We are very grateful for the Ventnor Botanic Garden Friends Society’s support over the years. We also want to thank every visitor, Annual Pass holder and volunteer for keeping us going.

The Garden cost £19,189 per week to operate over the last year. VBGFS posted cash reserves of £89,629 for the year ended 30 September 2021. And those reserves increased during COVID when many of the Garden’s revenue streams went to zero.

When we started to rescue the Garden in 2012, 10 years ago, it was losing £20,000 per month with 14 Council staff not accustomed to working in the private sector. The Friends do not always comprehend the level of effort and innovation required to create a viable entity from that starting point. And we have done that while pumping £750,000 into the Garden and its buildings. To date, we have restored or renovated 16 buildings. The Fountain Area, the Olive Grove, the Japanese Garden and the Magnolia Walk have all been developed.

We recently had an abstract titled, “Reinventing the botanic garden for the 21st century” accepted by Botanic Gardens Conservation International for presentation at their 2022 global conference. As a small provincial botanic garden, we are increasingly recognised around the world for our innovative approach.

Over the last 10 years, we have established two National Collections through our acquisitions for the Living Collection – one for half-hardy Puya and one for Palm trees. Puya originates in Chile and its tall flower spikes are rarely seen outdoors in England. We hold the only National Collection of Puya in the UK. Our Palm Collection holds some of the oldest palms in England collected by Robert Fortune in China and includes a new wider set of Palm species for the 21st century. In 1870 only 2 types of palm trees could survive outdoors in the UK. Today VBG as National Collection holder is home to 14 species, one of which was planted out by the Island’s High Sheriff, Kay Marriott, on 21 June 2022, the Garden’s 50th anniversary.

We garden on a 30-year horizon, so the Magnolias we are now planting on our southern ridge are really for the next generation. Today they are small waist-high saplings fighting to take hold behind the windbreak to the west. The same is true of our Fast Forest, an experiment in dense planting following the Miyawaki Method that increases forest growth by a factor of 10. We believe this experiment is very relevant to today’s society and is our contribution to the rewilding and afforestation debate.

Simon Goodenough, the Curator until 2011, is criticising his own garden and his protégé, Kew-trained, Chris Kidd. What Simon planted in the 1980s is now mature. The Eucalypts are towering over the east end of the Garden and they are slowly choking out the shrub and perennial layers underneath. What no one sees is our propagation efforts to move these lower layers into new parts of the Garden. The success of Simon’s planting means that many of the understory plants are perishing due to the established canopy above and the phytotoxic leaf litter below. Gardens are never static. For example, the Beast from East (Anticyclone Hartmut) in February 2018 took out many of our half-hardy South African plants.

Traditional horticulturists say we should cut all this down and start again. But these synthetic ecosystems take years to create. Biologist, Dr Colin Pope, recently discovered a Eucalyptus truffle growing off the roots of our Eucalypts, the second instance of this species being identified in England. For us, this is the culmination of years of work to establish a strong, adapted mycorrhizal system. We believe the future of gardening in the face of climate change and accelerating plant extinction rates will celebrate this approach. We call this approach The Ventnor MethodSM. It is not a flower-filled quaint English border with graduated heights of planting in 3’s and 5’s.

If one sees the role of a modern botanic garden as educating visitors regarding the state of the environment then our approach is enlightened. And yes, we too have to battle bindweed, brambles and nettles like every other gardener and we wish we had more resources to do it.

We recently hired a high-profile Head Gardener in light of the stronger financial performance achieved after 10 years of effort to build revenue. We could not create the budget or resources required for her to succeed. We will be hiring more junior gardeners to drive the presentation of the plant collection in the coming weeks.

We regret the halt of the horticultural apprentice programme that was run by the IOW College and the charity and hope they can collaborate to resurrect it. In the interim, we, not the Friends, have funded a young resource to strengthen their gardening experience and they have now been accepted to Sparsholt for September 2022.

Both our operating company and the charity exist to support the botanic garden. I will continue to work with the trustees such that they can find a constructive way to achieve two of their stated objects:

Specifically, we are extending the Oriental Collection east from the Japanese terraces to include plants from the Far East including Vietnam and Cambodia. As many countries’ foreign policy is pivoting East, so is our plant collection! Nick Macer, the Director of Pan Global Plants, one of the few remaining plant collectors in the UK says, “This project is the most ambitious planting of Far Eastern flora in the UK in the last 40 years.” We will be submitting our proposal to the charity this summer for this extension and look forward to their support.

Read the recent article released by the Isle of Wight County Press here. 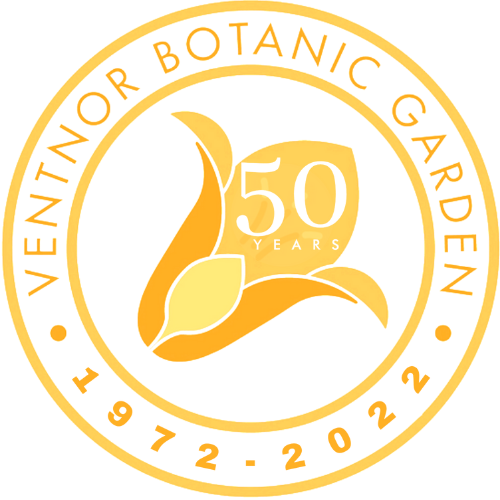