This year we are hopeful that P. ferruginea will bloom too, none at the garden have seen this before other than a representation on a painting which shows this species has large white flowers.

Flowering of Puya at VBG is becoming a regular event, in the past we have had single flowerings (pictures below from 2003) and a rare double flowering in 2007.  One single clump had six spikes in 2012, spectacularly open simultaneously.  Puya flowering is a rare ccurrance for the British Isles as Puya are difficult to grow. VBG has the National Collection status for Puya with Plant Heritage (formerly NCCPG) 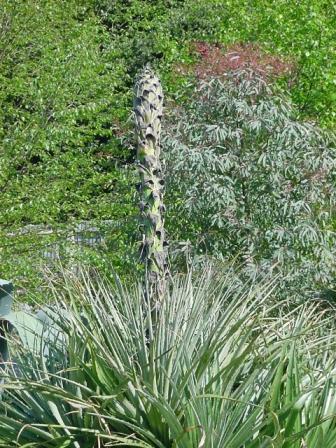 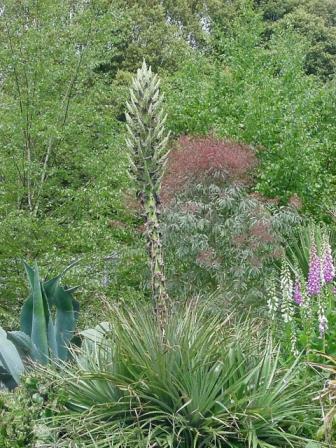 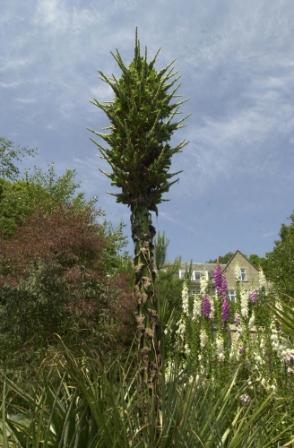