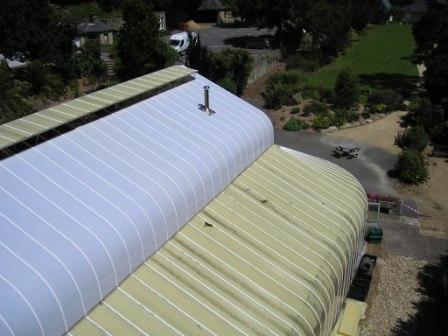 Built in 1986, the original polycarbonate cladding of the Tropical House was guaranteed for 14 years but survived for nearly 30years. An inspection in 2013 revealed that it had become critically degraded and the winter storms tore out some of the worst panels. Immediately the Friend’s of Ventnor Botanic Garden began an urgent appeal for funds, asking their members for £70 donations to cover the cost of each new replacement panel. Emergency replacement of the lost critically damaged panels was undertaken immediately.  We have now finished the first stage of the systematic replacement of panels, the highest level is complete.  A significant cost has been the hiring of a cherry picker to enable us to change the panels at the highest elevation, but this did affored stunning views over our Arid Garden (below) 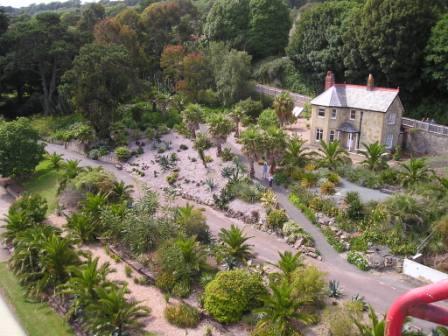 For most prudential use of finances we decided to re-prioritise the highest north and south elevations, followed by the vertical elevations to the west and east.  The outstanding priority of seriously degraded south facing panels on the lowest elevation will be addressed when we soon begin the next phase of repair. Enough panels have now been purchased to complete the lower south, south east and south west corners, west side and east side, but more funds are required to complete the project.  A new fundraising initiative is underway with the Friend’s of Ventnor Botanic Garden. 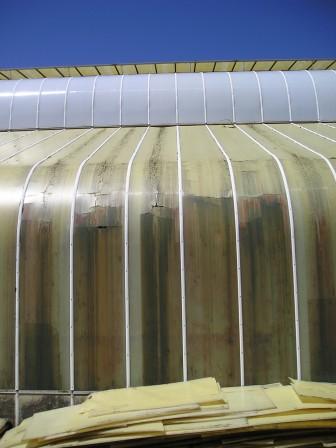 Above, contract the lower degraded panels with the new replaced panels 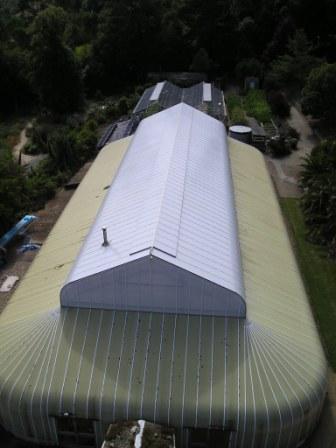 Above, aerial view of the highest elevations now replaced