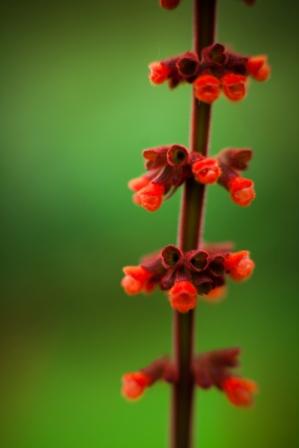 This part of the Garden is walled to the north and so is particularly sheltered. Plants such as the Canary Foxglove Isoplexus canariensis (below) thrive along with huge rare specimen shrubs such as Debregeasia longifolia –originally planted by Sir Harold Hillier.  The borders have unusual late flowering Salvia which don’t begin to open until November, when most British gardens are well and truly asleep.

A good specimen of Magnolia grandiflora “Charles Dickens” and the largest Mexican Madrone Arbutus xalapensis in the UK are also to be found here. 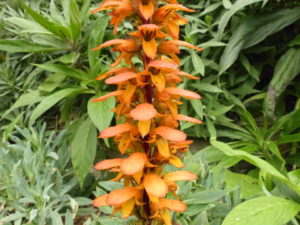