Our Hill Hassall Eucalyptus Cordial Mixer is currently in its development stages. Experimenting with ingredients we grow on site, we are perfecting the recipe as we speak!

Delicately infused eucalyptus leaves create a refreshing taste with herbal tones. Eucalyptus gives a light, citrusy flavour that is cleansing on the palate. The aromatic, fragrant oils in the leaves carry through our sous vide process and impart a warming, distinctive character to our mixer which goes well in cocktails, mocktails and long drinks. Why not experiment, using it whilst baking and making delicious puds too!

To buy Dr Hill Hassall’s Eucalyptus Mixer follow this link to our shop.

A little bit of history…

In 1770 the verdant and towering eucalyptus forests of uncharted Australia were first seen by western eyes; specifically those of James Cook and his crew of explorers, scientists and seamen.

Cook’s crew learned of the healing power of the exotic eucalyptus tree from Australia’s Aboriginal people. Samples were collected and brought back to England. Now the nation too could experience the tree’s capacity to unblock respiratory pathways, eradicate bacteria, sooth burns, alleviate joint pain, and serve as a fragrant bath oil for those in dire need of unwinding.

Now here’s where we come in. The unique, sun-doused microclimate of The Ventnor undercliff, in which the essential ingredient of this mixer begins, replicates that of Australia, allowing us to continue the legacy of Cook’s discovery through fostering the largest naturally growing eucalyptus collection in England. 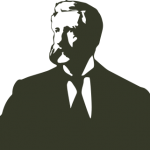 Now we must introduce Dr. Hill Hassall. Distinguished physician-scientist. All round champion of botanic healing and our beverage’s namesake. Rather ironically the doctor, famed for his contributions to combating diseases of the lung, was struck with a near fatal bout of tuberculosis. So in 1866 in the face of his own mortality he decided to move to the seaside. Specifically, Ventnor, Isle of Wight. Upon moving to the site of what was to become our botanic gardens he found his lungs gradually renewing.

This motivated the doctor to establish on site The Royal National Hospital, a live-in sanatorium far from the carbon laden air of London’s hospitals, to help out “his other poor brethren suffering from diseases of the lungs”, as he so benevolently put it in his book: “the narrative of a busy life”, he wrote himself, about himself…seemingly for himself.

Dr. Hill Hassall’s hospital was demolished in the 60s alongside tuberculosis, however his legacy and his beloved garden remain. Now we must fast forward to the present day, where the garden is now home to a renowned selection of plants instead of failing lungs. Walking through this renowned selection is a professional herbalist and our curator who decided to, much like the aborigines, tap into the power of Eucalyptus and present you with this mixer.

It may not cure tuberculosis, provide as actual medicine, or have grown from James Cook’s hand plucked specimens, but it does serve for an apt metaphor for broadening Victorian scientific endeavours and colonial discovery…and it doesn’t taste half bad either.